Coordination and continuity of care between levels North Network

Descriptive results selected from the baseline of the Equity LA II study are presented (qualitative phase between May 2014 and February 2015, and quantitative between May and September 2015) on the coordination and continuity between levels of care in part of the network of the Health Service. Salud Metropolitano Norte (SSMN), where three communes (Recoleta, Huechuraba and Independencia) and care devices of the different levels (Family Health Centers (CESFAM) and San José Hospital Complex (CHSJ)) participate.

Integrated networks of health services in Colombia and Brazil. A case study.

This book presents a part of the results of the international research project "Impact on equity of access and efficiency of integrated networks of health services in Colombia and Brazil (Equity-LA)", funded by the European Union and in which six institutions from four countries participated, two from Europe (Spain and Belgium) and two from Latin America (Colombia and Brazil). The research was designed with the purpose of improving understanding of the impact of the implementation of integrated health service networks on access, coordination, efficiency and equity of access, in different contexts of Latin America. The study, in addition to evidence, generated new questions, which led to the Equity LA II project (www.equity-la.eu), currently under development, also funded by the European Union, which delves into its results and extends the analysis to four more Latin American countries: Argentina, Chile, Mexico and Uruguay. The results contained in this work refer to the aspects of access, coordination, continuity and quality of care in health service networks, which are analyzed through a case study, based on qualitative and quantitative studies and whose data were collected between 2009 and 2012.

Comparative results of the surveys carried out in 2015 (baseline) and 2017 (evaluation) of physicians, to know the changes in the experiences on the coordination of care and users, to know the changes in their opinions about the continuity of care , in the two subnets under study. It also presents the most relevant changes implemented in the network in terms of coordination, during the years 2015 - 2017, from the perspective of different interviewed actors. 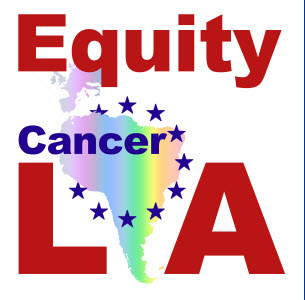 Available in Spanish and English